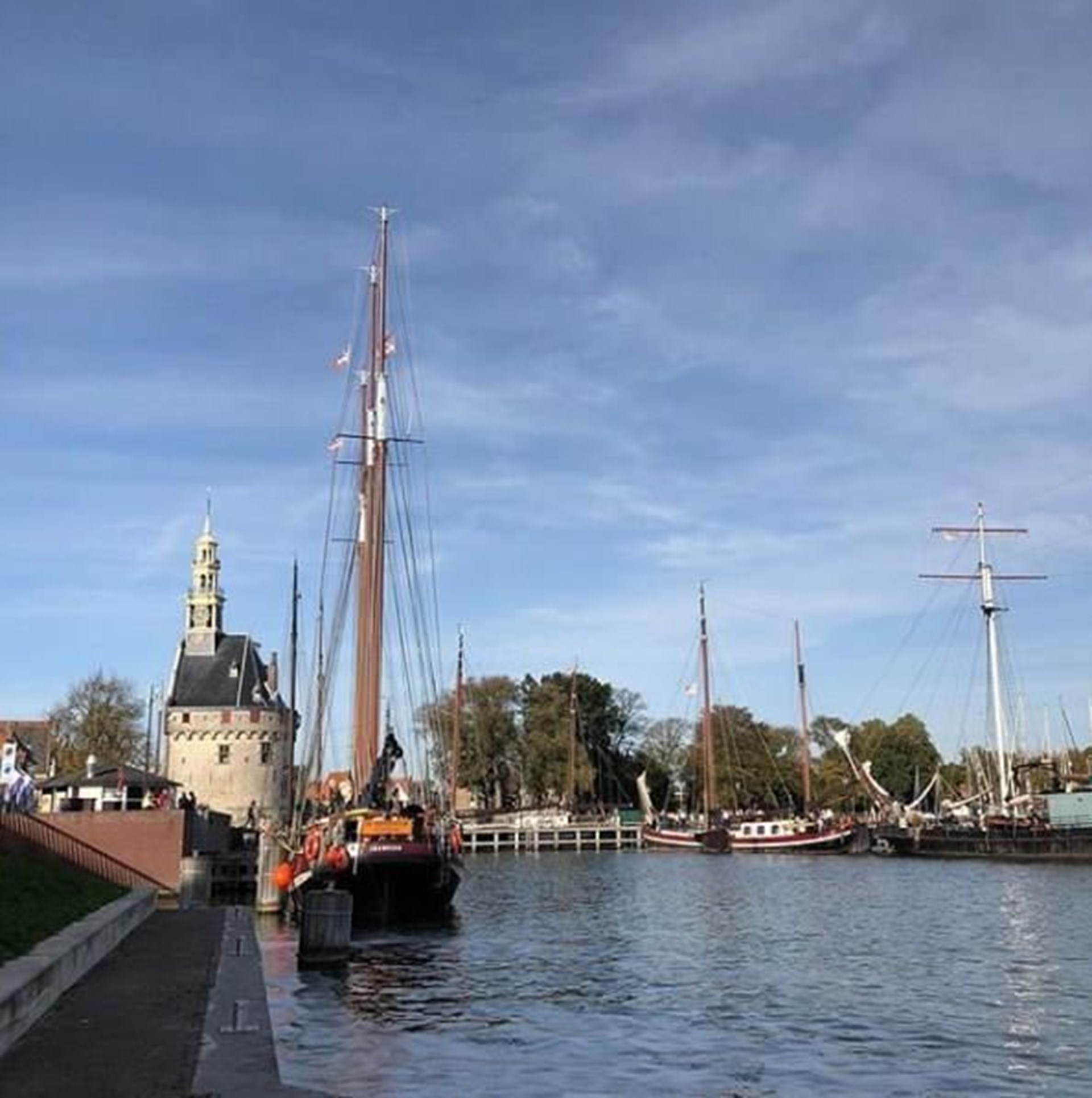 The harbor of Hoorn was already sung by father Abraham in his song "Het kleine café aan de haven". The original text of this famous song hangs, framed and well, in Het Schippershuis!

The port area of ??Hoorn covers no fewer than four ports with a total of 1,100 berths. In addition to the municipal inner and outer harbor, there are the Grashaven and the Vluchthaven which are operated on a private basis.


The Binnenhaven is the most modern, but also the most nostalgic. The VOC ships used to depart from here. Around this port there are many stately 17th century cheese warehouses and merchant houses on which former residents often immortalized their presence with family arms or spells.


Anyone walking up the dike along Achter op 't Zand from the outer harbor runs along the Grashaven that is operated by the Jachthaven Hoorn Foundation. Here there is room for about a hundred passers-by and in the underlying Vluchthaven another forty ships can find a place for the night. All necessary facilities are available in the port.